The Norwegian Food Saftey Authority has ordered the forced slaughter of millions of fish at two locations this week. The reason? sea lice… the lice appear to be resistant to chemical treatment and In order to save the wild salmon passing through next spring, the farms have been ordered to close down to get rid of the lice. The locations are more than hundreds of miles apart, so it is not just an isolated incident.

The first is in Vikna outside Brønnøysund where sea lice levels have been reported to be as much as ten times the permitted levels. One of the companies is Sinkaberg-Hansen linked to the Minister for Fisheries and Coastal Affairs, Lisbeth Berg-Hansen. The Minister’s family is heavily involved in the salmon farming industry and is reported to be the largest family owned operation in Norway. 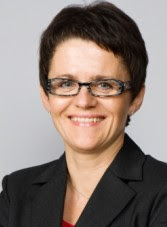 But there is more .Skiftesneset Hardanger is the location where the Norwegian company Bolaks has 2 sites. The two sites are located barely 700 meters apart and biomass will reportedly consist of 460 000 fish in Skifteneset South and 480 000 on Skifteneset North , a total of 940 000 fish.The Norwegian Food Safety Authority (FSA) has issued a decision on the compulsory slaughter of two sites owned by Bolaks in Hardanger after they failed to get below the permitted limit . – The FSA stated that there was a clear risk to migratory stocks.

FSA has since late summer, followed the evolving lice situation at Bolaks closely. Following unsucessful attempts by Bolaks to bring the infestation under control , the FSA found it necessary to send the decision on the compulsory slaughter of the two plants .They have failed to bring down the number of lice, despite repeated treatments. It is the first time such an order has been given because of resistance of lice to treatments , stated veterinarian Hulda Bysheim , of the Food Safety Authority of Bergen.

She did not deny that resistance problems have been a major contributing factor to the compulsory slaughter order. The treatments have not been effective enough and the sites have now been above the permitted limit since summer. According to unconfirmed reports the relevant fish are said to be in class 3-4 kg .

This is a rough translation of what the chair on the union Naturviterne (Norwegian Assocation Of Natural Scientists) has to say about the lice situation in Norway:

Then it happened ; farming on the coast of Trøndelag have to use drugs . Sea lice are becoming multi-resistant to antibiotics and chemical poisons . Toolbox is empty veterinary institute say . FSA has ordered massive slaughter of fish. This is a foreseen disaster.Salmon farmers are about to incur a serious crisis of confidence . Foreign food authorities have been skeptical, but in the Norwegian media , this is interpreted as trade policy measures. We should, however, take issue with lice , disease and massive medication seriously. This is about more than Russian government’s protectionist attitudes. It is worrying when fisheries minister own company is among those who have to slaughter because of excessive use of medication . Does the management of the Ministry had a great sales page for the aquaculture industry ? Many people I talk to are now more skeptical of Norwegian farmed salmon.Natural scientists have for several years been skeptical of several factors in the salmon industry.Livestock certainly put a massive concentration of biomass in marine ecosystems that provide a large infection pressure of diseases and is a feast for the jumper lice . This allows one to reach unresolved challenge of keeping salmon healthy and free of parasites. In addition, it represents a huge burden on wild salmon stocks .

The taxation of marine resources for feed production moves in reality only biomass from non – commercial resources to marketable salmon. It is important that this is done in a sustainable way that does not destroy marine ecosystems. It has unfortunately not always been the case .
Genetic pollution through escapes have been a burden for several wild salmon stocks . Along with other factors such as power regulation and acid rain has led to a decline and even extinction of wild salmon in several rivers.

The salmon industry has been more keen to reassure markets and investors than sustainability . Share prices on key businesses in the salmon industry has not been affected by the last day slaughter because multidrug resistance . There is reason to question whether aquaculture is able to deal with the problems . New licenses should not be granted until this issue is finally resolved.
This situation occurs because the aquaculture industry has not taken the signals from communities in salmon management , marine biology and veterinary medicine seriously. Sustainable management requires holistic thinking. Then expertise of sustainability must into decision-making to a greater extent than now .

One thought on “Mass cull ordered of Norwegian farmed salmon!”